To share your memory on the wall of Joseph Bruce Spencer, Jr., sign in using one of the following options:

Provide comfort for the family by sending flowers or planting a tree in memory of Joseph Bruce Spencer, Jr.

Provide comfort for the family by sending flowers or planting a tree in memory of Joseph Bruce Spencer, Jr.

Print
Joseph Bruce Spencer, Jr., age 82 years of Fawn Grove, PA died on Friday, November 6, 2020 at York Hospital in York, PA. He was the husband of Clair (Glenn) Spencer who passed in 1998.

Born on October 16, 1938 in Creswell, MD, he was the son of the late Joseph Bruce, Sr. and Guida L. (Faircloth) Spencer. His family moved to Airville, PA when he was 6 years old. He graduated from Lower Chanceford High School and married before moving to Fawn Grove in 1973 where he resided for the rest of his life. Joe worked at Caterpillar before starting his own business building homes. Spencer Construction Co., Inc. in Jarrettsville, MD continues to operate with three subsequent generations of the family currently working.
He retired at 46 to pursue his true passion, hunting; whether it was squirrels and rabbits in PA or grizzlies in Canada. He and his wife Claire traveled to British Columbia to spend months at a time in the wilderness over 100 miles from the nearest town. They also extensively traveled throughout the United States according to the hunting seasons and they enjoyed making many friends over their years of travel. Joe also hunted in other areas of Canada, Africa and New Zealand. He was among a group of friends who established the Twin Hollow Hunting Club in Clinton County, PA in 1967.

Joe loved to play baseball and softball and had played American Legion baseball in Brogue, PA eventually switching to softball and playing mostly in Fawn Grove. He later sponsored his own team.
Above all else, Joe loved his family.

He is also survived by twelve great grandchildren.

In addition to his wife and parents, Joe was preceded in death by his daughters, Beverly Diane Herman and Deborah Ann Murphy, his brother; Robert Spencer, his daughter in law, Amy Beth (Johnston) Spencer and his great - granddaughter, Kendall McWilliams.

A visitation time with the family will be held on Friday, November 13 from 6 to 8 p.m. at the Harkins Funeral Home, 600 Main St., Delta, PA.

There will be no public service.

In lieu of flowers, contributions to the Conservation Society of York County, 205 Indian Steps Road, Airville, PA 17302 would be appreciated.
Read Less

Receive notifications about information and event scheduling for Joseph Bruce

Print
No public services will be held.

We encourage you to share your most beloved memories of Joseph Bruce here, so that the family and other loved ones can always see it. You can upload cherished photographs, or share your favorite stories, and can even comment on those shared by others.

Posted Nov 07, 2020 at 08:27pm
My prayers and condolences to my first family. Love to you all, I know Joe will be greatly missed. Pam (Smith) Snurr
Comment Share
Share via: 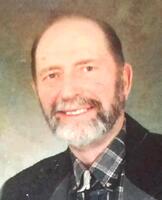