To share your memory on the wall of Rachael Lee Van der Eerden, sign in using one of the following options:

Born in Camp Lejeune, NC on June 2, 1967, Rachael was a daughter of Harold L. and Ida Lee (Eichman) Eck of Jarrettsville, MD. She lived in several states growing up and graduated from Central Cambria High School in Ebensburg, PA. Rachael later attended Towson State College, now Towson University. She loved antiques, and was talented in restoration. Rachael especially enjoyed restoring Teddy bears. She focused her life on her family, extended family and her beloved animals.

At 1 p.m. a time of remembrance will begin.

Receive notifications about information and event scheduling for Rachael Lee

We encourage you to share your most beloved memories of Rachael Lee here, so that the family and other loved ones can always see it. You can upload cherished photographs, or share your favorite stories, and can even comment on those shared by others.

Posted Oct 21, 2020 at 02:21pm
Wishing you peace to bring comfort, courage to face the days ahead and loving memories to forever hold in your heart.

Posted Oct 20, 2020 at 10:22am
Dennis, what a beautiful family with such fond memories caught on film. Cherish those times and Rachael will live on forever.
You will feel her in every hug, every smile, every tear and every celebration, You will be touched by her breath with the winter wind, you will be warmed by her smile with every summer sun you will remember her with every changing leaf in the fall and every blooming flower in the spring . As the seasons change so do our lives but are memories are etched in our heart. My deepest condolences to you and your family. May you celebrate your life together and embrace every memory with your family. Until you meet again. God Bless
Comment Share
Share via:
ME

Posted Oct 19, 2020 at 06:27am
Rachael attended high school in Springville, NY, and was a member of Theatre Workshop. This was much more than a class or club; we were a family, and Rachael was a talented, beloved part of that family❤ I am so sorry to hear of her passing. My deepest sympathy to her family.😓
Comment Share
Share via: 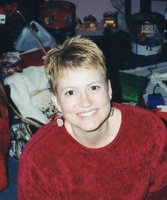 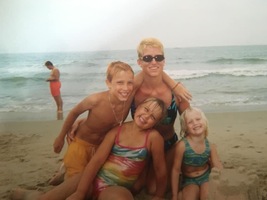 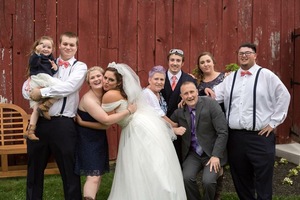 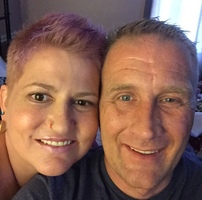